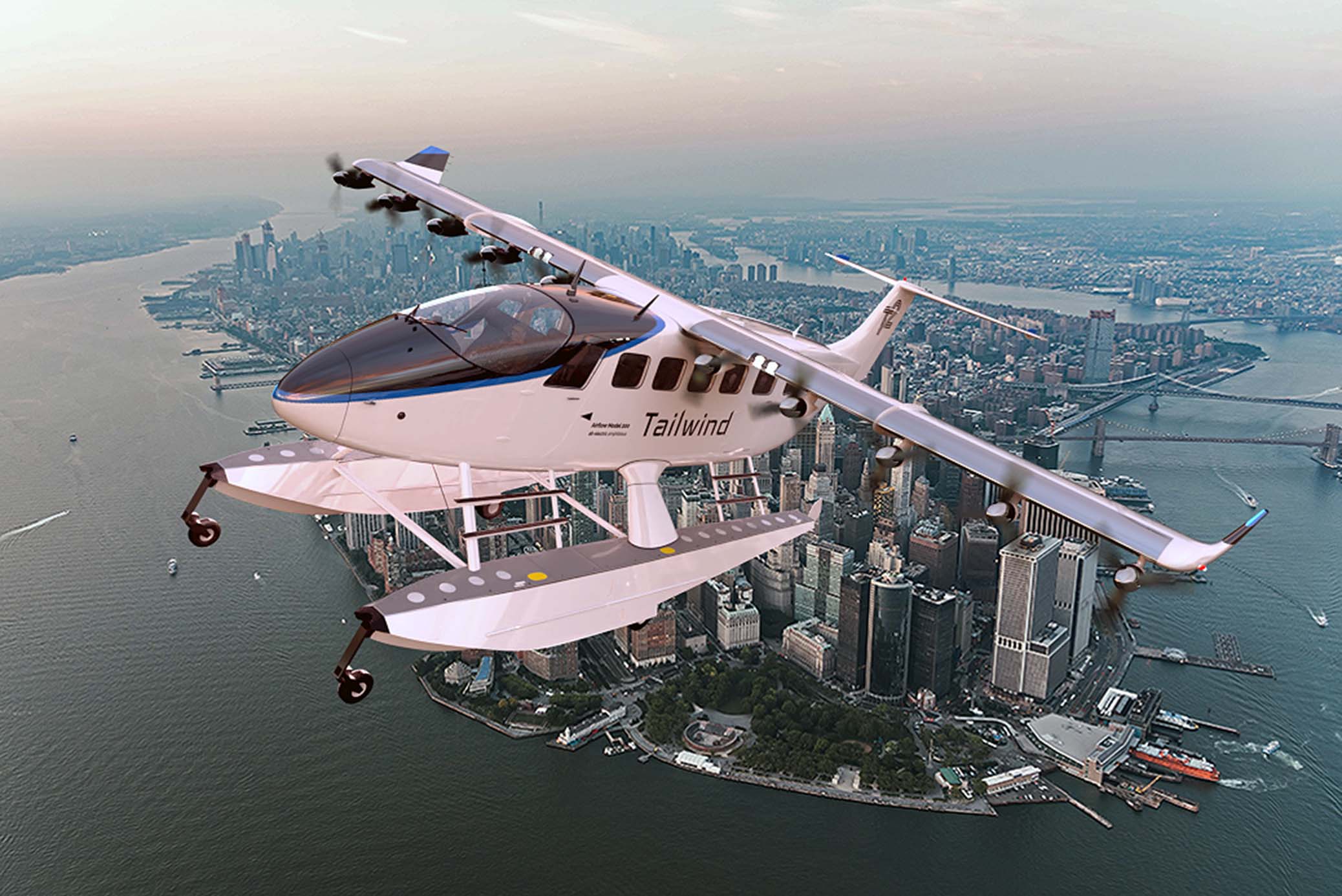 Note: This announcement was originally from Airflow, which was acquired by Electra.

“The flexibility that our aircraft provides is a way for existing operators like Tailwind Air to gain a competitive advantage, reduce emissions, and offer new services. They will now be at the leading edge of sustainable flight, and we’ll be able to further refine our aircraft design for today’s operations and tomorrow’s as well. Over the last year we’ve seen strong demand for our aircraft, especially an amphibious seaplane version. Our design lends itself well to the addition of floats and a partner like Tailwind to bring this to market is a win for the entire regional air mobility market,” said Marc Ausman, CEO and co-founder, Airflow. “On the heels of our collaboration with Pipistrel and investment from industry leaders such as Plug Power, we’re confident that our aircraft will deliver benefits in addition to sustainability including lower operating costs, quieter operations, shorter takeoff and landing distances, and faster cruise speeds.”

“We actively sought out a partner that could accelerate the timeline of electric aviation’s impact in our particular segment of the market. With its combination of distributed electric propulsion and a modern airframe that still uses traditional construction, flight controls, and the like, the Airflow aircraft has a definable development timeline and a clear path to certification. There’s a lot of exciting innovation happening in aviation, but not all of it will deliver a meaningful impact in the coming decade; we think this will.” said Alan Ram, CEO of Tailwind Air. “Both of our ambitious companies will see growth in the coming years thanks to this partnership as it is set up to ensure a smooth operational integration as Tailwind’s seaplane fleet becomes carbon-free while emitting a vastly reduced noise footprint.”